The prow-to-stern length overall of the ship was 514 metres, and her standing crew numbered 738 including command staff and auxiliary craft pilots.

Although she was far from being a carrier, Hammer had hangar decks capable of receiving and supporting contingency craft such as shuttles and the larger MAGA landers.

A Commodore-class heavy battleship.
Amongst the many compartments on Hammer were guest quarters which could accommodate individuals and couples. These were used several times by Elm Caden, Euryce Eilentes, and Rendir Throam. Hammer also had a wardroom, accessible from the main command deck, and a dedicated gym compartment.

Hammer was in service for a long time, with Captain Santani refusing to be 'upgraded' to a newer model. As a result the battleship developed a number of idiosyncracies, with the most obvious being her tendency to shed hull plates on emergence from unbound wormholes. Despite the Commodore-class being superseded by the newer Huntress-class, Santani was so attached to the Hammer that she declined a new command in spite of such minor inconveniences. She was even prepared to put up with having to power down all non-essential systems prior to wormhole travel.

​During the Battle of Woe Tantalum, Hammer was forced — partly due to her own captain's tactics — to make a crash landing on the surface of the planet (→SFTD).

Despite the best efforts of Life and Rescue, the ICS Hammer was damaged so badly by the impact with the ground that there was no prospect of recovering the hull. The non-critical, non-recyclable elements have been left in situ (→LOTD). 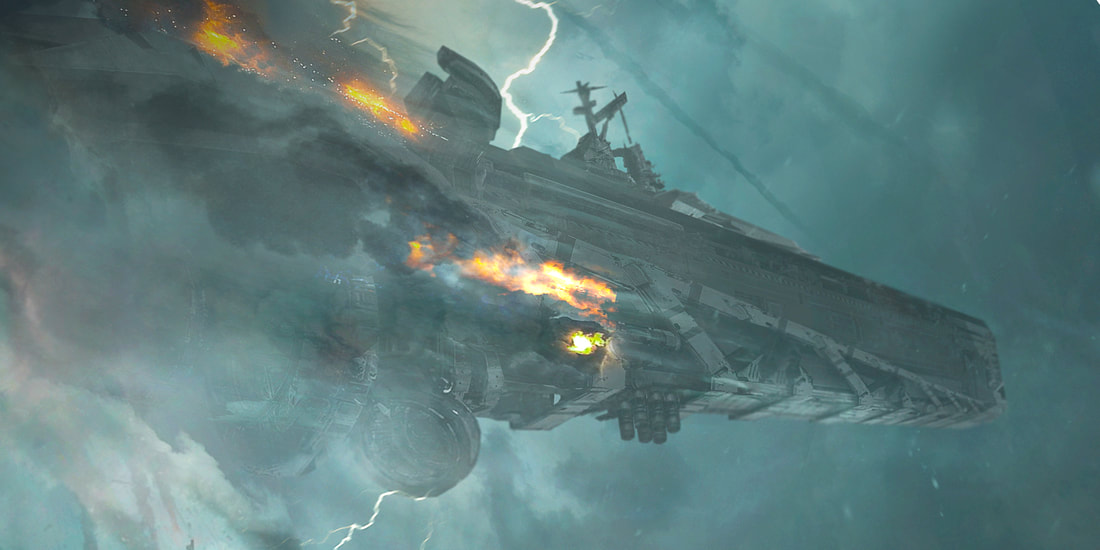 Hammer plummets through the atmosphere of Woe Tantalum.